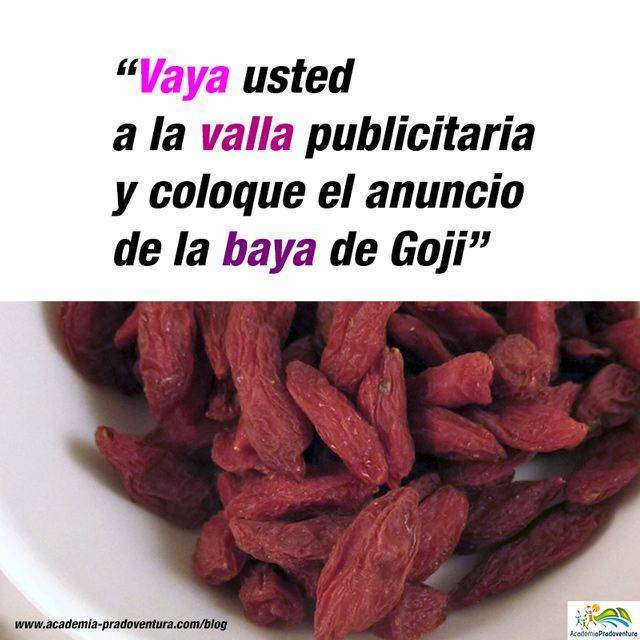 The Spanish spelling has a few spelling traps that we are going to write about in a series of posts. In this case the words “vaya”, “valla” and “baya” are pronounced exactly the same but they are written differently. In the spoken language this does not cause any problems because its meaning gets clear according to the context, but when it comes to writing them, they often lead to doubts.

“Vaya” is the imperative form of the verb ‘ir’ in the third person singular.

“Valla” is a synomymous with “cartelera” (billboard) and refers to the billboards seen on streets and highways.

“Baya” refers to all types of fleshy fruit with seeds surrounded by pulp.

Apart from Goji berries which have become fashionable lately for its nutritious properties and health benefits, the term “baya” also includes other berries like “frambuesa” (raspberry) or “mora” (blackberry), although these do not carry “baya” in their names.

In future posts of this series we will present you more challenges of the Spanish spelling.